About Adventure
Always wanted to see Angkor Wat? Ever heard of the Plain of Jars? Like the idea of a boat trip up the Mekong? This tour will take you to all these places and beyond. Visit places that most Westerners have never heard of and few have visited.
Maun Ferris --Travel Advisors’ Asia specialist, originally from Laos—invites you to join her on this 12-day small group, escorted tour of Southeast Asia with stops in Hue, Hoi An, Siem Reap, Luang Prabang and Vientiane. Maun will accompany the group through three countries and countless experiences as you savor this part of Asia. One of the top highlights of the trip will be meeting Maun’s family as they welcome you to Laos, sharing some of the top sights around Vientiane and providing a Laotian luau.

The trip begins in Vientiane, the capital city of Laos, where we will meet and participate in a welcome ceremony with Maun’s family, enjoy home-cooked Laotian specialities, and visit major local attractions. Pha That Long is a historic gold-coated stupa dating to the 3rd century. It is reputed to house a holy relic, the Buddha’s breastbone.
“Buddha Park” is sometimes mistakenly referred to as a temple because it contains numerous religious images. A sort of open-air museum, the site is home to more than 200 whimsical but compelling Hindu and Buddhist statues. 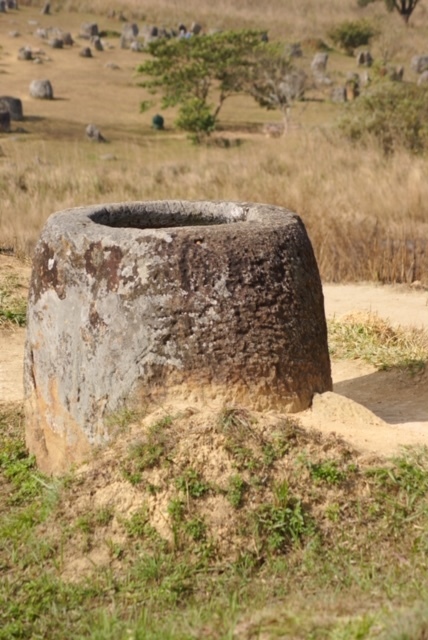 A short flight will bring us to Phonsavanh where we will visit the famous Plain of Jars, an area which extends around the town. More than 300 huge stone jars (from 1 to 3.25 meters high and weighing up to 6 tons) were apparently carved out of solid rock across this plateau. The purpose of the jars is not known, but according to local legend, King Khun Chuang had them constructed in order to store wine for the celebration of his conquest of the province in the 6th century. 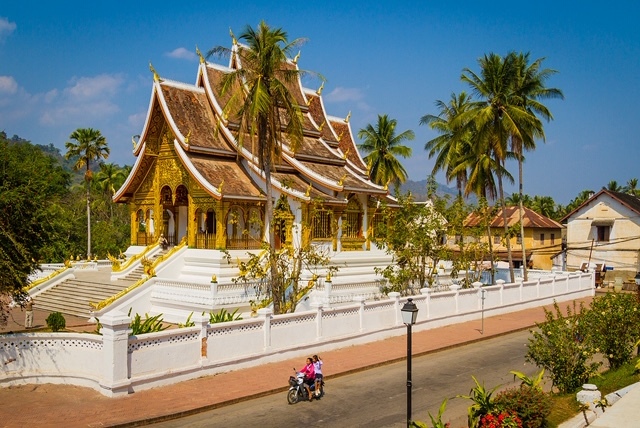 Next, we fly to Luang Prabang. This ancient town in the north of Laos was designated a UNESCO World Heritage site in 1995. Once the capital of Laos, Luang Prabang lies at the intersection of the Mekong and Nam Khan rivers. It is now the premier tourist city of Laos, with a focus on former royal palaces and more than 33 temples. It is also a major center for Buddhist learning where tourists rise before dawn to capture photos of the many saffron-robed monks who line the road to beg for their daily rice. Here we will enjoy the splendor of Kuang Si Waterfalls, and the Tham Pak Ou Caves which house hundreds of carved Buddhas and Buddha images. 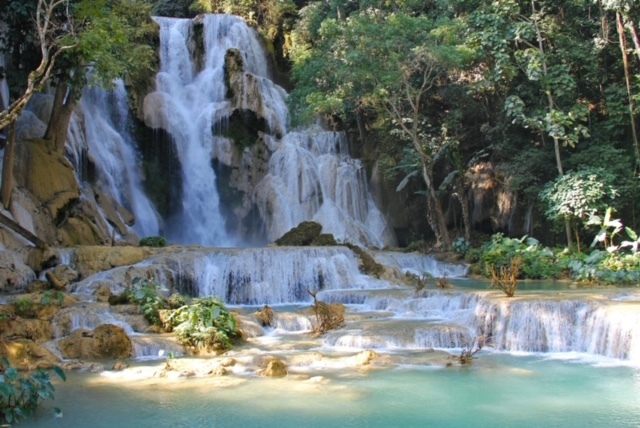 We will fly into Siem Reap to visit Angkor Wat, Angkor Thom and Banteay Srei. Angkor Wat, the national symbol of Cambodia, is known as the crown jewel of Khmer architecture. It is the largest, best preserved and most religiously significant of the numerous Angkor temples. Vivid stone carvings throughout the temple complex narrate stories from Hindu mythology and encourage visitors to linger and admire their intricacy. The fortified city of Angkor Thom is enclosed by a wall and surrounded by wide moats. Large spaces formerly for public ceremonies are adorned with dramatic bas-reliefs, and in the center sanctuary of the Bayon Temple giant stone faces smile down from every angle. Banteay Srei is small enough to seem miniature compared to the other Angkor temples, and because of its exquisite carvings on pink sandstone walls it is considered to be “the jewel of classical Khmer art.”

Flying to Danang, we arrive at Hue, where we will soak up local scenery and history. After a visit to a local market (Dong Ba Market), we will take a boat trip on the Perfume River, where we will visit Thien Mu Pagoda which today houses the Austin motorcar that transported the monk Thich Quang Duc to the site of his infamous 1963 self-immolation. We will also visit the Imperial Tomb of Emperor Minh Mang which is famous for its magnificent architecture and elaborate decorations. 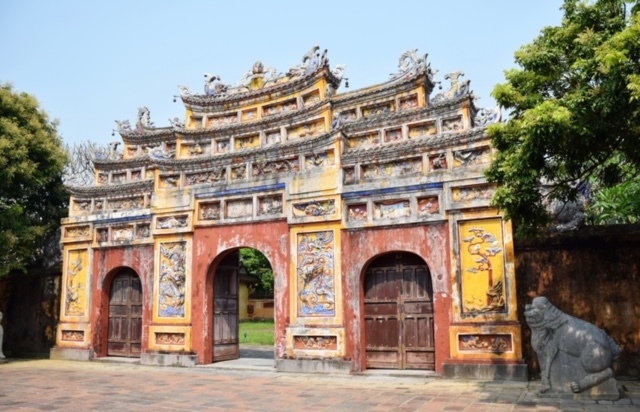 No visit to Hue is complete without a visit to the Imperial Citadel. This vast complex modelled after the Forbidden City in Beijing is partly in ruins thanks to bombings during the Vietnam-American War, but what remains provides a fascinating look at court life in the 19th century. From here we venture into the countryside to visit the Imperial Tomb of Tu Duc, the longest reigning emperor of Vietnam.
Our treasure hunt concludes with a visit to the picturesque river town Hoi An, a major international port through the 17th, 18th and 19th centuries. A walking tour will take us to many of the highlights of the town including the Japanese Covered Bridge, which dates to 1593, an important local history museum, a 200 year old house for worshipping ancestors, the late 17th century Assembly Hall, and a lantern making workshop where we will observe traditional-style lanterns being made.
Call Maun for more information, or email today to save your place on this one-of-a-kind journey.

Theme Parks and Beyond: Nearly 2 Dozen Ways to Celebrate the Holidays in Orlando This Season